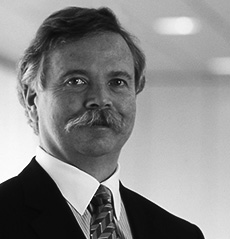 Charlie Fischer was born in Saskatoon, Saskatchewan on March 21, 1950. He attended the University of Calgary, graduating in 1971 with a B.Sc. in Chemical Engineering, and again in 1982 with a Masters Degree in Business Administration, Finance.

Upon graduation, Mr. Fischer was employed by Dome Petroleum as a Natural Gas Processing Engineer. In 1972, he joined Hudson’s Bay Oil and Gas, while In 1982, he joined Bow Valley Industries, becoming Vice-President, Planning and Development in 1987.

In April of 1988, Mr. Fischer joined TransCanada Pipelines as President of its upstream oil and gas subsidiaries, TCPL Resources Ltd. and Encor Energy Corporation Inc. In May of 1989, TransCanada consolidated its upstream assets into a new public entity, Encor Inc. Mr. Fischer served as President and Chief Executive Officer of Encor Inc. until it was acquired by Talisman Energy Inc. in May of 1993.

Mr. Fischer joined Nexen in February of 1994, as Senior Vice President, Exploration and Production, North America. In this capacity, he was responsible for Nexen’s conventional oil and gas business in Western Canada and the U.S. Gulf Coast, its oil sands interests in Alberta, and its Marketing activities and Information Systems activities worldwide. In June of 1997, Mr. Fischer was promoted to Executive Vice President and Chief Operating Officer and his role was expanded to include Nexen’s international oil and gas operations. In 2000, he was appointed to the Nexen Board, and on June 1, 2001 Mr. Fischer was appointed President and Chief Executive Officer, a position he held until his retirement at the end of 2008.

Mr. Fischer joined the Boards of Pure Technologies Ltd. in May of 2009, and Enbridge Inc. in July of the same year. In January 2011, he joined the Board of Enbridge Income Fund. In addition, in 2010, he was appointed to the Boards of two Province of Alberta funded organizations, the Climate Change and Emission Management Corporation (CCEMC) and Alberta Innovates – Energy and Environment Solutions.

Past Board service includes Nexen Inc., Nova Chemicals, Syncrude Canada Ltd., the Alberta Economic Development Authority, the C. D. Howe Institute and the Canadian Institute for Advanced Research. Mr. Fischer also served as Chair of the Canadian Association of Petroleum Producers and one of its predecessor organizations, the Independent Petroleum Association of Canada. He also co-chaired Climate Change Central for 10 years until his retirement from the Board in January, 2011.

At the community level, Mr. Fischer served two – six year terms on the University of Calgary’s Board of Governors, first from 1994 to 1999 and again from 2004 to 2011. He also served on the Faculty of Management Advisory Council for eight years and the Dean’s Advisory Council for the Faculty of Medicine for a similar period. In addition, he served on the Hull Child and Family Services Board for six years – two as Chair, and on the Alberta Children’s Hospital Foundation Board for twelve years – two as Chair. Following his term on the Board of the Children’s Hospital Foundation, he co-chaired a very successful capital campaign, which raised more than $50 million to support the building of a new Alberta Children’s Hospital in Calgary. On the national front, Mr. Fischer was a participant in the Clean Energy Dialogue between the governments of Canada and the United States, co-chairing the Carbon Capture and Storage discussions. Mr. Fischer is also a past Board member of the Canadian Olympic Development Authority (CODA) and the McMahon Stadium Society, and he is a Past President of the Calgary Petroleum Club.

Charlie is married to Joanne Cuthbertson, Chancellor Emeritus of the University of Calgary. They have two daughters, Kate and Lindsay.  He enjoys tennis, skiing and golf for relaxation.