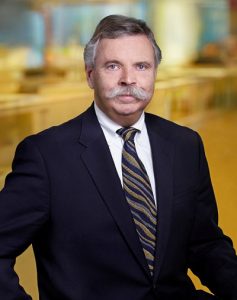 Our feature series, Spotlight On, introduces you to the people actively involved with IMAGINE Citizens. In this issue, we feature Charlie Fischer, Co-chair, founding member and health care advocate.

Charlie Fischer is one of Calgary’s best known and admired corporate leaders. Born in Saskatoon in 1950, he earned Bachelors and Masters degrees at the University of Calgary before starting a long and distinguished career in the energy sector. Since retiring from his position as President and CEO of Nexen in 2008, he has remained active on the boards of public and private companies, as well as several not-for-profit organizations.

Charlie became active in advocating for health-care reform in 2013 after witnessing the passing of both his mother and his wife’s mother. When he expressed disappointment over gaps in the care of his mother, a nurse showed him how to register his concerns. Unsatisfied with the response to those efforts,  he spoke with a series of senior politicians and health leaders in Alberta. That led to a collaboration with Judy Birdsell to organize a conference in January 2015 at the U of C’s O’Brien Institute for Public Health, called Imagine Alberta With a Patient-Centred System. The organizers of that event went on to form the core of IMAGINE Citizens.

In the meantime, he experienced health care first-hand after being diagnosed with life-threatening Stage 4 throat cancer in March 2014. His treatment experience revealed how fragmented the system is. While doctors told him it was urgent to start treatment quickly, “I found the system to be very linear and slow,” he said. It was six weeks from diagnosis to the start of treatment. By integrating and coordinating care, “I probably could have cut that time in half.”

IMAGINE is seeking more patient-centred care, says Charlie, using the province’s resources in a highly integrated way to improve patient outcomes at an affordable cost. For those who want to learn more, he recommends a book called This is Lean – Resolving the Efficiency Paradox, by Niklas Modig and Par Ahlstrom.

When not spending his many hours volunteering, Charlie enjoys family time with his wife Joanne Cuthbertson, his two daughters and one granddaughter. He golfs, plays tennis and hopes to resume skiing (after a knee replacement) and enjoys time on family ranch near Waterton, in southern Alberta. 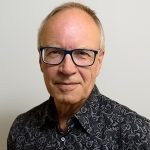 Doug Firby is an award-winning journalist with more than four decades of media experience across Canada, and a passion to help drive change in health care. He is also President of Troy Media and Publisher of Calgary’s Business. He and his wife, Lisa Monforton, run a boutique company called Big Tree Communications.