Falling through the Cracks: Greg’s Story

My brother Greg Price died after delayed diagnosis and treatment related to testicular cancer. He was young, athletic, intelligent, and an advocate for himself. Despite that poor hand-offs, breaks in care and lack of support led to his unexpected death nearly 6 years ago.

After losing Greg, we shared his story with those directly impacted by his loss so they wouldn’t unknowingly fall into a similar trap. Later, we shared the story with others who could benefit from and promote change. The teams at the Health Quality Council of Alberta (HQCA), and Alberta Health Services undertook investigations and review of the events which lead to Greg’s death. The HQCA report and associated recommendations were shared publicly in 2012. A follow-up report was released in 2017.

It was to support this ongoing work that we created healtharrows.ca and were asked to speak at the IMAGINE Launch. The event brought people together joined by a common belief; that we can do better. IMAGINE has grown since then and following that we have been involved with IMAGINE Citizens Collaborating for Health as founding members and in various roles ever since.

Our family wants to see a system where care is continuous and teams work together with the patient who is just as informed, and has access to the same key information as the others who are driving their care. When Ward Flemons and colleagues wanted to create content to teach team-based care and communication to medical students at the University of Calgary, the idea of putting Greg’s story to film came about. Once again, in sharing the story, others became inspired to be involved. One very talented person led to another and the original idea grew.

Written, cast and filmed last year, Falling Through the Cracks: Greg’s story was completed over a compact 5 days and multiple locations. We are incredibly proud of the resulting high-quality film and appreciative of everyone involved.

The 30 minute film allows us to share more of who Greg was to those who did not have the chance to know him. Greg’s character is central to the work that we do in his honor, he was a lively, fun-loving person, an innovator who brought out the best in people and believed what they can achieve. He loved to hear about what other’s people’s passions were and share his own with them in frequent and valuable conversations. The film’s accompanying teaching scenes allow students to take a closer look at the details behind the story to discuss how to do better.

Our premiere for Falling through the Cracks: Greg’s story is May 17th, it is co-hosted with O’Brien Institute for Public Health and it is SOLD OUT!

If you don’t have tickets yet, you can join the waiting list if more become available, while you are waiting, we’ve released the trailer and its available here.

Our next screening is in Vancouver May 29th, 2018 co-hosted with Canada Health Infoway and the Canadian Patient Safety Institute. We are also planning dates in Ottawa and St. John’s. Please share our screenings with your networks and help us fill the seats across the country. Contact us if you would like to sponsor a screening or support any of our initiatives.

The film is powerful, and our vision for sharing the story is the same, we want to do more than just have people understand our tragic loss. We want to inform, inspire and engage people towards participation in the conversation and action towards improvement. 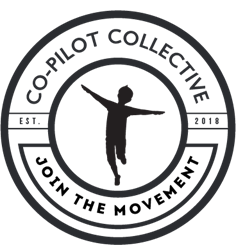 Given this, along with the premiere on May 17th we are also launching the Co-Pilot Collective, an online community where members – our Co-Pilots – will create the future of healthcare together. Co-Pilots will share experiences, information and ideas and our collective voice will have a powerful, positive impact on the healthcare system. Visit our site to fill in your details and be notified with the community is live.

Greg had a gift for inspiring others, we hope the work that we do in his honor inspires you too. Through this, his legacy will live on and he will be a part of saving lives to come.

To learn more about what we are doing inspired by Greg and to support our efforts visit gregswings.ca